“Jesus taught us by word and by his own example that the power of forgiving love is stronger than the hate of violent force,” says director of Christian Aid Ministries, which will keep working in Haiti.
Peter Smith and Christopher Sherman - The Associated Press|December 17, 2021 10:20 PM 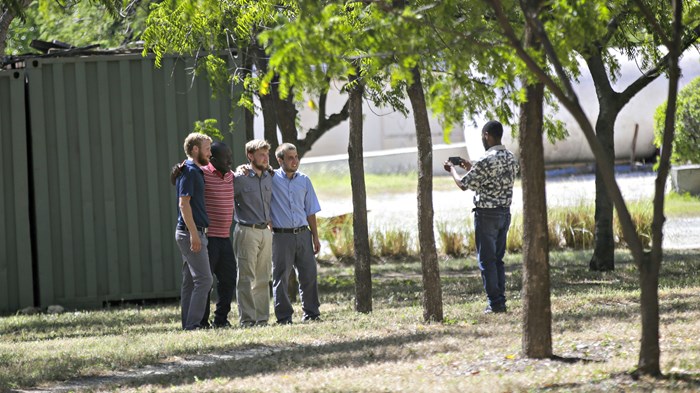 Update (Dec. 20): The missionary hostages made a daring escape overnight, instead of being released after a paid ransom, according to new details from Christian Aid Ministries.

All the former hostages from a US-based missionary group kidnapped in Haiti have been flown out of the country after a two-month ordeal, the leader of their Ohio-based missions organization said Friday, as he also extended an offer of forgiveness to their captors.

David Troyer, general director of Christian Aid Ministries, said in a video statement that a US-flagged plane left the Caribbean nation Thursday afternoon carrying the last 12 kidnapped missionaries, hours after they were freed earlier in the day.

“Everyone including the 10-month-old baby, the 3-year-old boy, and the 6-year-old boy seem to be doing reasonably well,” Troyer said.

The last releases came two months to the day after the group of 16 Americans and one Canadian—including five children—were kidnapped by the 400 Mawozo gang, which initially demanded millions of dollars in ransom. The other five had been freed earlier.

Troyer did not comment on the circumstances of the release, such as whether ransom was paid or a rescue effort was involved, but expressed thanks to “the US government and all others who assisted in the safe return of our hostages.”

“Thank you for understanding our desire to pursue nonviolent approaches," he added, without elaboration.

Based in Berlin, Ohio, Christian Aid Ministries, or CAM, is supported and staffed by conservative Anabaptists, a range of Mennonite, Amish, and related groups whose hallmarks include nonresistance to evil, plain dress, and separation from mainstream society.

In keeping with Anabaptist teaching, which puts a premium on forgiveness, Troyer offered conciliatory words to the captors.

“A word to the kidnappers: We do not know all of the challenges you face. We do believe that violence and oppression of others can never be justified. You caused our hostages and their families a lot of suffering,” he said.

“However, Jesus taught us by word and by his own example that the power of forgiving love is stronger than the hate of violent force,” he said. “Therefore, we extend forgiveness to you.”

Troyer said the hostages had “prayed for their captors and told them about God’s love and their need to repent.” 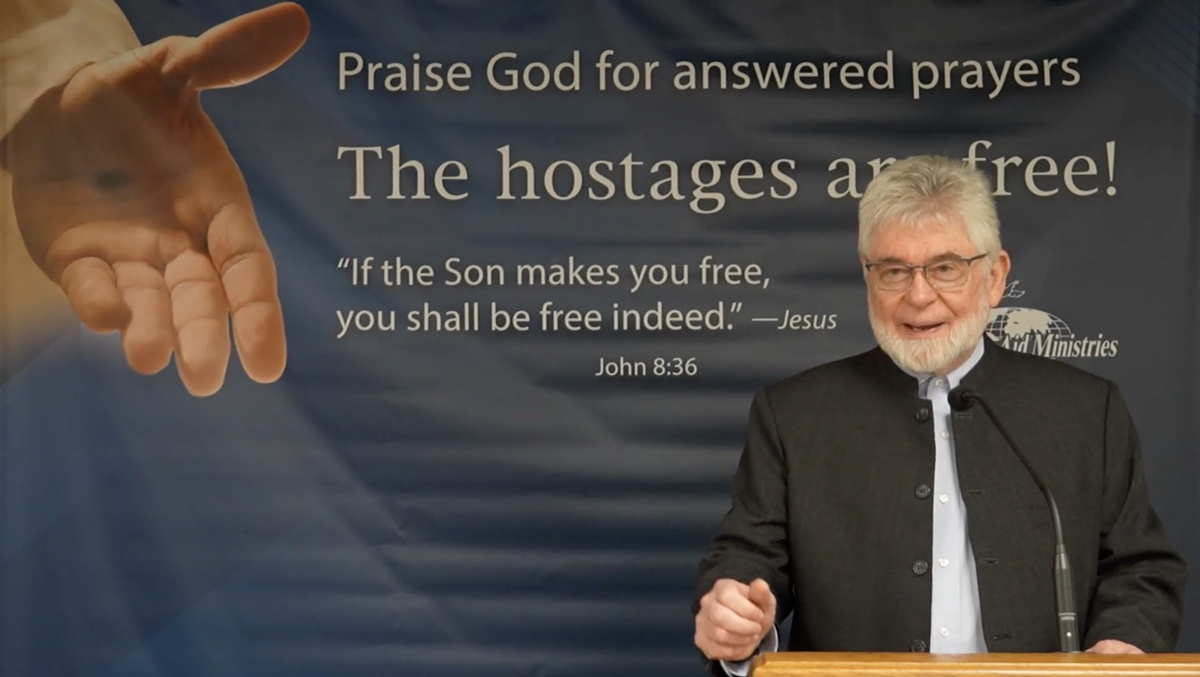 The missionaries were abducted October 16 shortly after visiting an orphanage in Ganthier, in the Croix-des-Bouquets area, where they verified it had received aid from CAM and played with the children, Troyer said.

“As they became aware of what was happening at the time of capture, the group began singing the chorus, ‘The angel of the Lord encampeth round about them that fear Him, and delivereth them,’” Troyer said, quoting from Psalm 34. “This song became a favorite of theirs, and they sang it many times throughout their days of captivity.”

The hostages remained together as a group throughout, he said, in prayer, in song, and encouraging each other. “Unfortunately, they did not have a Bible, but they recited Bible verses by memory among themselves,” he said.

Troyer said CAM workers were aware of dangers in Haiti, where gang activity and kidnappings have been on the rise.

But the organization often works in such perilous places precisely because “that is usually where the biggest needs are,” he added.

CAM hopes to continue working in Haiti, Troyer said, while acknowledging that it will need to bolster security protocols and “better instruct our people about the dangers involved.”

Authorities have said 400 Mawozo was demanding $1 million per person in ransom, although it wasn’t clear if that included the children. The gang’s leader had threatened to kill the hostages unless his demands were met.

Also Friday, a meeting including representatives of 14 countries, various international organizations, and Haitian Prime Minister Ariel Henry produced broad commitments to address security and the political and economic situation in the impoverished Caribbean nation, according to a top US diplomat.

Brian A. Nichols, assistant secretary at the State Department’s Bureau of Western Hemisphere Affairs, said on a conference call that the US government plans to send experts to train the Haitian National Police SWAT team.

In another pledge, Japan promised $3 million in aid including for the construction of police housing and facilities.

Nichols said there was discussion of some nations potentially deploying police to Haiti for activities such as training or mentoring local officers, though that would require more discussion first. He said there was broad agreement that the security situation in the country is a policing challenge, not a military one.

Nichols did not provide details on how the hostages were freed, citing respect for their privacy. Asked about rumors that a ransom was paid, he declined to comment other than to say “the United States government does not pay ransom for hostages.”

Troyer said CAM thanks “the news media” for being “courteous, patient, and understanding … during this ordeal.” “You spread the news of this difficult situation far and wide, which in turn resulted in untold numbers of prayers to our great God by His people all over the world,” he said.

Troyer also directed a message to the Haitian people:

We say thank you to the many people of Haiti who have expressed their regret for this incident and offered their prayers and words of encouragement to us. While this time has been very difficult for all involved, Christian Aid Ministries desires to continue to walk with you in the future as best we can. You have resiliently responded to crisis after crisis, and our sincere hope is that your country will flourish both economically and spiritually.

“It is important for Christians to continue to pray and support the former hostages as they have been traumatized and need healing,” Edner Jeanty, executive director of the Barnabas Christian Leadership Center in Port-au-Prince, told CT. “It is also important to remember that Haitian brothers and sisters are being kidnapped routinely. Help us pray for the peace of the country because our welfare depends on its peace (Jer. 27:4).”

Christians in Haiti, both Haitian church leaders and other American missionaries, recently explained their concerns to CT about how the CAM workers could be released in ways that would embolden the gangs that have brought life in Haiti to a standstill.

Meanwhile, the consistently loving prayers of CAM supporters for the kidnappers themselves reveal three Anabaptist distinctives that other Christians should find both familiar and thought provoking, according to experts at the Young Center for Anabaptist and Pietist Studies.

CT’s Quick to Listen podcast recently explored how Haitian Christians persevere through crises and whether God really wants missionaries to risk their lives.