Christian Aid Ministries shares new details on how the remaining 12 hostage missionaries, including young children, ended up free from the 400 Mawozo gang.
Peter Smith - The Associated Press|December 20, 2021 10:34 AM 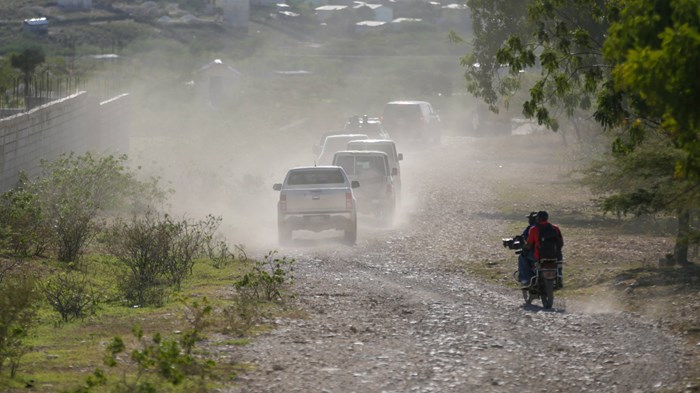 Image: Odelyn Joseph / AP
After the final 12 kidnapped missionaries were free, a caravan drives to the airport after departing from the Christian Aid Ministries headquarters at Titanyen, north of Port-au-Prince, Haiti, on December 16, 2021.

Captive missionaries in Haiti found freedom last week by making a daring overnight escape, eluding their kidnappers and walking for miles over difficult, moonlit terrain with an infant and other children in tow.

The group of 12 navigated by stars to reach safety after a two-month kidnapping ordeal, officials with Christian Aid Ministries (CAM), the Ohio-based agency that the missionaries work for, said Monday at a press conference.

The detailed accounting of their journey to safety comes after news Thursday that all 17 hostages were finally free. CAM later announced they had forgiven their captors.

A total of 17 people from the missionary group—12 adults and five minors—were abducted October 16 shortly after visiting an orphanage in Ganthier, in the Croix-des-Bouquets area, where they verified it had received aid from CAM and played with the children, CAM has said. The group included 16 Americans and one Canadian.

Their captors from the 400 Mawozo gang initially demanded millions of dollars in ransom. Five other captives had earlier reached freedom. It is still unclear if any ransom was paid.

CAM general director David Troyer did say supporters of CAM raised funds for possible use for a ransom, but he refused to say whether one was paid for any of the releases.

One of the missionaries, speaking an Anabaptist church in Pennsylvania on Sunday, said there were times the captives wished someone would pay the money for their release.

“We did start to doubt and say, ‘You know what, why doesn’t someone just pay the money?’ but I believe that was Satan himself,” the missionary said in a three-hour recording of his testimony obtained by CT.

According to the missionary, the men, women, and children prayed and sang three times a day during the two months they were held hostage, rebuked Satan, shared the gospel repeatedly with their captors, and learned to trust God for their deliverance.

“The Lord wanted us to put our complete trust in him,” he said. “It wasn’t by the arm of man that we were delivered at all. It was small things and big things that the Lord did for us.”

The missionaries didn’t try to escape until all of them agreed that that’s what God wanted them do to. After walking through through the night, and emerging out of thicket of briars and brambles, they knocked on the door of a house near a highway and discovered two Christians practicing trumpet music for church on Sunday. One of the men loaned them a cell phone to call CAM.

“After a number of hours of walking, day began to dawn and they eventually found someone who helped to make a phone call for help,” CAM spokesman Weston Showalter said, his voice beginning to choke. “They were finally free.”

The 12 were flown to Florida on a US Coast Guard flight, and later reunited with five hostages who were released earlier.

CAM displayed photos at the news conference showing the freed hostages being reunited, along with a video of the group singing a song that had inspired them during their captivity. 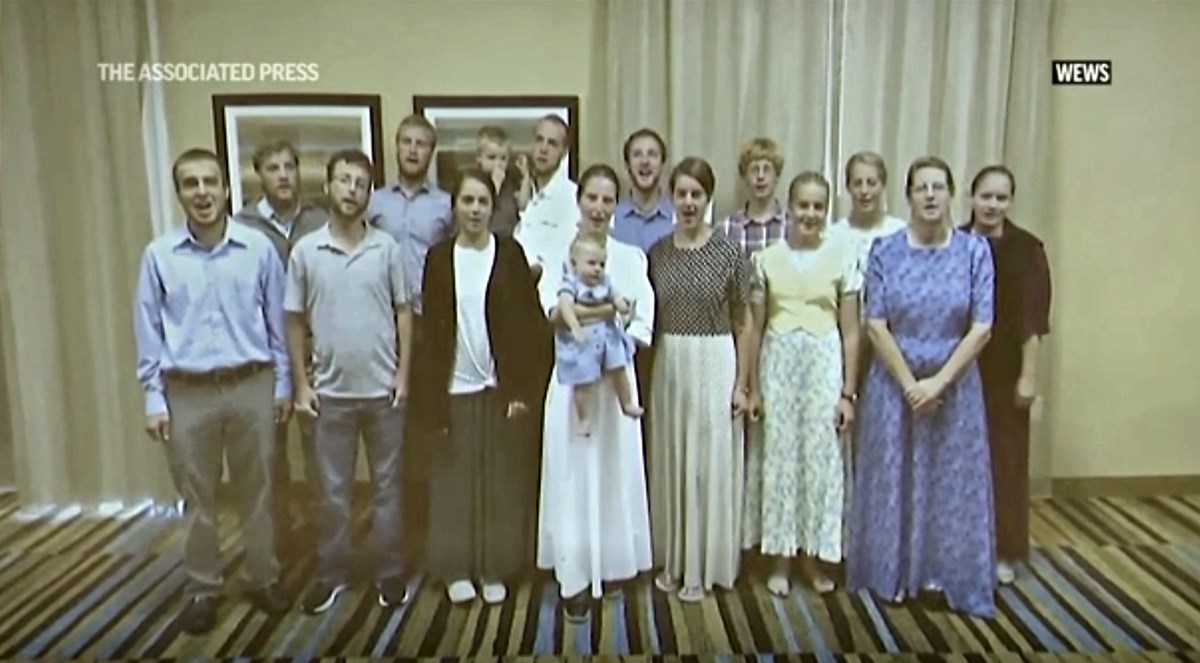 After making a daring escape, kidnapped Haiti missionaries sing a worship song that inspired the hostages during two months of captivity, in a video played during a Christian Aid Ministries press conference on December 20.

The missionaries were taken hostage on their way back from the orphanage on the afternoon of October 16.

“They had no idea what was ahead of them,” Showalter said. Only five or 10 minutes after getting underway, they saw a roadblock up ahead. The group’s driver—the one Canadian in the group—turned around, but a pickup truck pursued them, and “gang members surrounded the van,” CAM spokesman Weston Showalter said. He said early reports that the driver was a Haitian national were not accurate.

He said they were initially crowded into a small room in a house, but were moved around several times during their captivity.

They were not physically harmed by the kidnappers, Showalter said. He said the main physical challenges included the heat, mosquitoes, and contaminated water for bathing, which led some of them to develop sores. Sometimes the young children got sick.

However, he said everyone appears to have emerged from captivity in good health.

The adults received small food portions, such as rice and beans for dinner, although the captors provided plenty of food suitable for the small children, he said.

The hostages gathered multiple times during the day for prayer and religious devotions, and sometimes singing loud enough for each other to hear when they were in separate rooms, Showalter said.

They also sought to encourage other hostages who were being held for ransom in separate kidnappings, Showalter said.

Over time, the hostages agreed to try to escape, and chose the night of December 15 to flee.

“When they sensed the timing was right, they found a way to open the door that was closed and blocked, filed silently to the path they had chosen to follow, and quickly left the place they were held, despite the fact that numerous guards were close by,” Showalter said.

Based in Berlin, Ohio, CAM is supported and staffed by conservative Anabaptists, a range of Mennonite, Amish, and related groups whose hallmarks include nonresistance to evil, plain dress, and separation from mainstream society.

None of the freed hostages were at the press conference. They came from Amish, Mennonite, and other Anabaptist communities in Wisconsin, Ohio, Michigan, Tennessee, Pennsylvania, Oregon, and Ontario, according to CAM.

After the news conference, a group of CAM employees stood and sang, “Nearer My God to Thee” in the robust, four-part acapella harmony that is a signature of conservative Anabaptist worship.

After making a daring escape, kidnapped Haiti missionaries sing a worship song that inspired the hostages during two months of captivity, in a video played during a Christian Aid Ministries press conference on December 20.
expand