Amendments offer good news for Christian minority, but also concern that reforms may be too fast for Muslim society.
Jayson Casper|July 13, 2020 11:39 AM 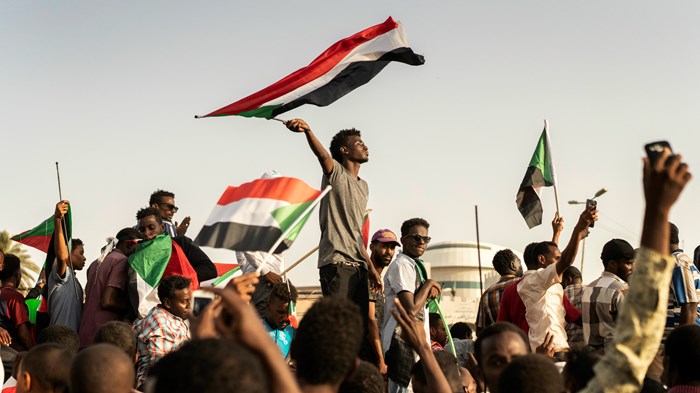 In one of a wide-ranging series of legislative reforms, apostates from Islam no longer face the death penalty in Sudan.

“We [will] drop all the laws violating the human rights in Sudan,” Justice Minister Nasredeen Abdulbari said Sunday during an interview on state television.

“We are keen to demolish any kind of discrimination that was enacted by the old regime, and to move toward equality of citizenship and a democratic transformation.”

In his place was installed a joint military-civilian Sovereign Council slated to govern until 2022, with rotating leadership.

A UN-backed survey in 2014 estimated 87 percent of Sudanese women between the ages of 15 and 49 have been subjected to the procedure.

The Miscellaneous Amendments Act—approved in April but only now publicized—also freed Sudanese women from the necessity of male approval before traveling with their children.

These measures were “welcomed” by the World Evangelical Alliance (WEA), said advocacy officer Wissam al-Saliby. But he also hoped the “courageous reforms” in Sudan would include repealing its law against insulting religion, the punishment for which is one year in prison and up to 40 lashes.

In addition, the WEA asks for the return of confiscated church property, compensation for destroyed churches, and the appointment of community-chosen minority faith members to the Ministry of Religious Endowments.

In March, Sudan ordered the removal of state-appointed church oversight committees, in a move seen as a first step in property restoration. But follow-up legislation has been delayed.

And the WEA has also called for the inclusion of Christianity as a school subject alongside Islam in the national curriculum. Anticipated by supporters, in June the Ministry of Education had it removed.

Raja Nicola Abdel-Masih, a Sudanese Copt, is one of two women in the 11-member Sovereign Council, and the only Christian. She is following up on the issue.

But overall, the post-revolutionary reforms have been an encouragement to Sudanese believers.

“I am very pleased, God has answered our prayers,” said Noha Kassa, a deaconess at Khartoum’s Bahry Presbyterian Church involved in the discipleship program.

“But this is a lot to take for the Sudanese.”

Kassa is concerned that a conservative Muslim society may see these reforms as an affront to their faith. It may spark counterdemonstrations, with some talk that a transitional government should not make such major changes.

“The government is in a critical period,” she said, planning to return to Sudan in two weeks following COVID-interrupted theological studies in Lebanon.

“But for our church, I am excited for our ministry amid such changes.”

Sharia law was introduced to Sudan in 1983, during the presidency of Jaafar Nimeiri. The new amendments also undo his ban on alcohol—for Christians. Estimated as 3 percent of the population by the government, they are now permitted to drink, import, and sell alcohol (a distinctive right of Christians across the Muslim world).

In its place, the government has criminalized takfir—the accusation of apostasy. The practice divides Muslims against Muslims, and not just Christians, on the basis of perceived religiosity.

Abdulbari said it was “a threat to the security and safety of society.”

The most famous victim was Mahmoud Mohamed Taha, a Muslim executed in 1983 for his opposition to sharia law. The most recent was Mariam Ibrahim Yahia, raised as a Christian though born to a Muslim father, who was forced to give birth in prison while facing charges of apostasy.

She was permitted to leave Sudan in 2014, and was given asylum in the US.

Kamal Fahmi, a Sudanese Christian activist who has long campaigned against the apostasy law, also anticipates Islamist elements will spark some social pushback.

Back in February, the police arrested both Sudanese and foreign members of a terrorist cell linked to the Egyptian Muslim Brotherhood.

Kamal is praying for God to protect the justice minister.

But overall, he is hopeful. As founder of Set My People Free, he is dedicated to the right of 1.3 billion Muslims to be able to change their religion, if desired.

“The goals of the revolution will be fulfilled: freedom, dignity, justice, and peace,” said Fahmi.

“Sudan will become an example for religious freedom that other countries can follow, permitting converts their full civil rights.

“I praise the Lord for this miracle.”