Founder of Anglican Mission in the Americas partnered with Rwanda to create US alternative to The Episcopal Church.
Timothy C. Morgan|January 23, 2018 10:51 AM 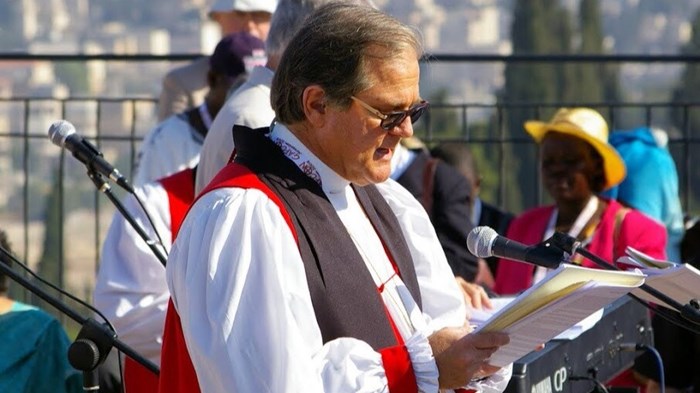 Charles H. Murphy III, retired bishop and founder of the Anglican Mission in the Americas (AMiA), died Jan. 9 of brain cancer at his home in Litchfield Plantation, South Carolina. He was 70.

Through his organization, created in response to liberal drift in the mainline Episcopal Church, Murphy gained acclaim from conservative Christians for taking a public stand against liberal theology that rejected the authority of Scripture, the divinity of Christ, and other orthodox doctrines. AMiA provided a new institutional home to marginalized conservative Christians, churches, dioceses, and bishops in the US and Canada.

“Chuck was an astonishingly eloquent speaker and expositor of the gospel,” FitzSimons Allison, who served as Murphy’s bishop in South Carolina, told CT. “He got many invitations to speak. He was billed as a person who helped raise money, but actually he was preaching the gospel, including generosity. He did it so well that there were clergy who disliked him and jealous of success. He could preach the horns off a billy goat.”

At that time, Murphy was rector of All Saints’ in Pawleys Island, South Carolina, growing the congregation to become one of the largest Episcopal parishes in the region.

By September 1997, Murphy and other conservative Episcopal clergy believed that their denomination had thoroughly embraced false doctrine and was resistant to reform. These clergy drafted and signed the First Promise statement. It declared the church had “departed from ‘the doctrine, discipline, and worship of Christ as this church has received them,’ and we declare their authority to be fundamentally impaired, and that they are not upholding the truth of the gospel.”

“The document signed that day lit dry tinder ready to burst into flame,” Jon Shuler, founder of the New Anglican Missionary Society, wrote online last fall. “Chuck Murphy, very reluctantly it must be said, took the chairmanship…. Without his efforts, almost nothing most of those leaders did would have been as effective in the subsequent years.”

Over the next three years, the chorus of global Anglican leaders who were calling the US Episcopal Church to account grew louder. By 2000, a handful of conservatives decided to take much bolder steps. Meeting in Singapore, Anglican archbishops Moses Tay (Singapore) and Emmanuel Kolini (Rwanda) consecrated Murphy and John Rodgers Jr. as missionary bishops to America. (This act was “irregular” by not following the normal Anglican Communion church process for establishing new bishops.)

Later that year, Murphy and Rodgers launched AMiA as a rallying place for conservatives as well as mission-minded institutions to evangelize, plant churches, and emphasize Christian orthodoxy. But their work was sharply criticized for being divisive and disorderly.

“Chuck was not appreciated fully, and he would not defend himself when he was attacked personally—which was a personal virtue and an organizational fault,” Allison said. “Richard Baxter in the 17th century said it very well: ‘It is better to have a disorderly orthodoxy than an orderly heresy.’”

Despite the controversy, the movement to turn Anglicans back to their reformed and orthodox heritage went global, spreading to Asia, Latin America, and Africa. (In June, conservative Anglicans will regather in Jerusalem for GAFCON 2018.) AMiA was under the jurisdiction of the Anglican Province of Rwanda, and Murphy traveled to Rwanda many times.

Samuel Mugisha, currently a bishop in the Rwandan diocese of Shyira, told CT that Murphy was pastoral, but could be prophetic when necessary. “Ministry is tough, but we must always learn Jesus’ way,” said Mugisha, who as a priest at the cathedral many years ago was tasked with chauffeuring Murphy and other visiting AMiA leaders. “He overturned tables and rebuked, but still healed and gracefully came back to bless them.” (Mugisha said he was speaking for himself, and not the province.)

After a watershed gathering of conservative Anglicans in Jerusalem in 2008, AMiA and Murphy supported the 2009 creation of the Anglican Church in North America (ACNA), which today has almost 1,000 member congregations and claims 100,000 congregants. Top Anglican archbishops in Africa and elsewhere are in communion with ACNA, but not the Archbishop of Canterbury, leader of the world’s 85 million Anglicans.

But Murphy pulled AMiA back from its full membership in ACNA in 2010, saying in a communique that its dual involvement in ACNA and the Rwandan Anglican province had caused “significant confusion” and was not sustainable.

In 2011, relations between Rwandan Anglican bishops and Murphy soured over financial accountability and control issues. AMiA cut its official ties with the Rwandan province, becoming a self-governing missionary society. This triggered a loss of two-thirds of its 268 church plants, according to Murphy.

In 2012, he formed a new congregation, The Abbey, also on Pawleys Island. He stepped down as AMiA’s top leader in 2013.

Allison said that Murphy consistently resisted efforts to elevate church polity over Christian doctrine. “If you are not committed to Christian teaching, what teaching are you committed to?

“His legacy would be for a radical change in the way the church sees its mission,” said Allison. “Bishops should be more like Celtic bishops in the sixth century. They were missionaries and converted people. Bishops shouldn’t sit as [the] CEO of an organization.”

After Murphy died, Philip Jones, the current bishop of AMiA, said in a statement, “God worked through him in significant and fruitful ways to change the face of Anglicanism in North America for generations to come. Chuck often said of the AMiA, ‘We are about mission: nothing more, nothing less.’”