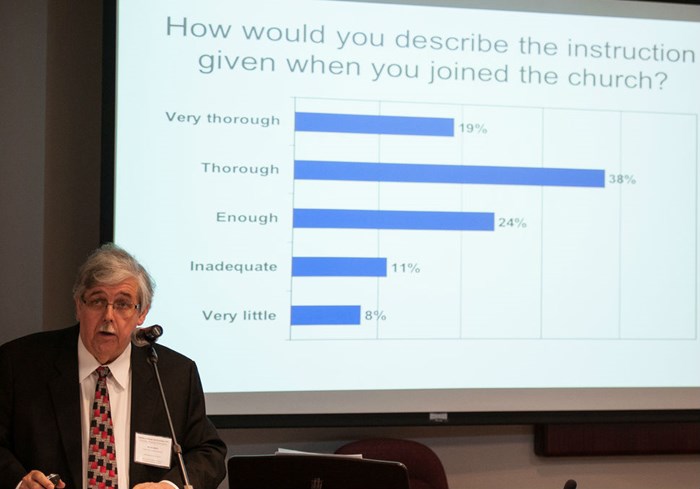 The Seventh-day Adventist Church boasts 18 million members worldwide. But leaders recently revealed the denomination has lost one in three members over the last 50 years.

Additionally, for every 100 people the Adventist church gains, it loses 43 previous members, according to research presented at the denomination's first Summit on Nurture and Retention, reports Adventist News Network (ANN).

The main reason for the low rate of retention: personal problems and experiences, according to Adventist researcher Monte Sahlin. People do not drop out based on the church or its doctrines, but because of personal trouble like marital conflict or unemployment, he told ANN.

The Adventist answer to growing membership may not be in adding new faces, but taking care of the people who are already there, leaders suggested. In South Africa, for example, the rate of adding new parishioners had slowed, but retaining current numbers had significantly increased the church's membership.

Recent Adventist data reveals areas where the denomination has seen both growth and decline. Southern Asia, Latin America, and Southern Africa have pushed worldwide membership to nearly 18 million, while the 15 fastest-declining countries are in the Adventist church's Euro-Asia, Trans-European, and Inter-European divisions.

While the vote was strongly in favor, no policies have yet been changed. Religion News Service offers a lengthy report on the ongoing debate.

CT regularly covers Seventh-day Adventists, including how the church was somewhat sad and embarrassed to be celebrating its 150th anniversary.