While headlines focused on intra-Baptist fights during the recent Southern Baptist Convention (SBC) in Nashville, many commentators overlooked a remarkable resolution advocating for Uyghur Muslims in China.

With Resolution 8, Southern Baptists joined Pope Francis in highlighting the abuses suffered by Uyghurs but went a step further by labeling their persecution as genocide.

Uyghurs are an ethnolinguistic group, predominately Muslim, found in the western Chinese province of Xinjiang. Chinese atrocities specifically targeting Uyghurs and other traditionally Muslim ethnic groups are well documented. These abuses by China were a rare area of agreement between the Trump and Biden administrations, with both labeling the Chinese persecution as a genocide.

In Nashville, among resolutions dealing with sexual abuse and amid the election of a new SBC president, the 15,000 delegates or messengers considered “Resolution 8: On the Uyghur Genocide.” It cited “credible reporting from human rights journalists and researchers” that “concludes that more than a million Uyghurs, a majority Muslim ethnic group living in Central and East Asia, have been detained in a network of concentration camps in the Xinjiang Province.”

Griffin Gulledge, a PhD student in systematic theology at Southeastern Baptist Theological Seminary, drafted the resolution. He became outspoken after watching videos of Uyghurs chained and shackled. “China is committing one of the grossest acts of human rights violations in modern history,” he wrote on Twitter, “and we aren’t saying a word because it financially benefits most of the rest of the world.”

Gulledge’s resolution built the biblical case for Christian human rights advocacy. From the Old Testament, it quoted Genesis 1:27 (people are made in God’s image) and cited the call in Psalm 82:3 to “provide justice for the needy ... [to] uphold the rights of the oppressed and the destitute.” From the New Testament, it quoted the admonition in Hebrews 13:3 to “remember those in prison, as though you were in prison with them, and the mistreated, as though you yourselves were suffering bodily.”

The resolution commended the Ethics and Religious Liberty Commission (ERLC) for its advocacy and cited past SBC statements that “affirm the full dignity of every human being of whatever political or legal status or party and denounce rhetoric that diminishes the humanity of anyone.”

In the resolution, the SBC directly called out China. It urged “the Chinese Communist Party and the People’s Republic of China to cease its program of genocide against the Uyghur people immediately, restore to them their full God-given rights, and put an end to their captivity and systematic persecution and abuse.”

As Baptists would say, “Amen to that.”

Significantly, America’s largest Protestant denomination declared, “We stand together with these people against the atrocities committed against them.” The SBC encouraged US government efforts “to bring an end to the genocide of the Uyghur People, and work to secure their humane treatment, immediate release from reeducation camps, and religious freedom,” as well as to admit them as refugees into the United States. 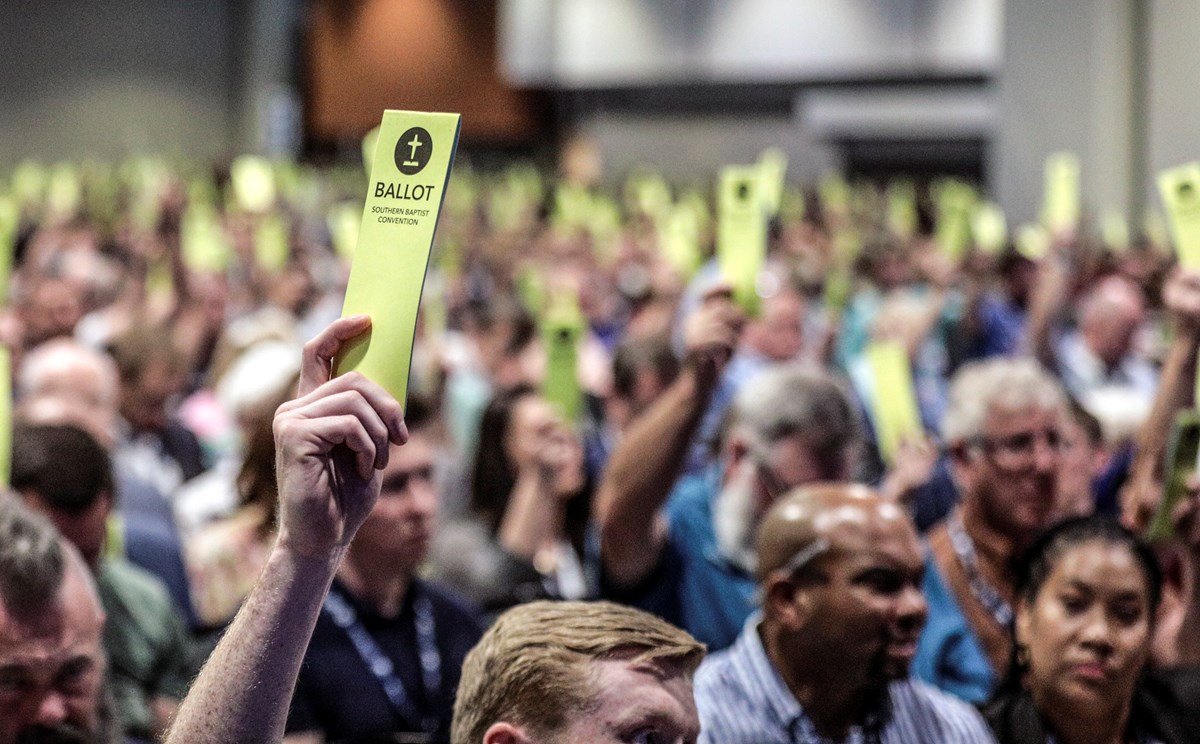 Some may be surprised to see Southern Baptists advocating for the religious freedom of Muslims and their resettlement to America. Many recall when in 2017 the ERLC and the International Mission Board (IMB) were defending the right of American Muslims to build a mosque, the IMB changed its policy due to internal backlash. The Southern Baptist entity initially explained that its call on foreign governments to “support the religious freedom of their citizens will ring hollow if, in the USA, we only support freedom of religion for Christians.” However, IMB leaders finally decided to “speak only into situations that are directly tied to our mission.”

This month’s Resolution 8 breaks with past concerns. The statement was a human rights document, grounded in Christian theology, denouncing atrocity crimes against a non-Christian community because of their faith. It was a message of solidarity, with Southern Baptists committing to earnest prayer “for the Uyghur people as they suffer under such persecution.”

Observers such as Nury Turkel, chair of the Uyghur Human Rights Project and vice chair of the US Commission on International Religious Freedom (USCIRF), believe the resolution represented the first time an American denomination specifically labeled Uyghur persecution as a genocide.

“The [SBC] has blazed a trail for others to follow,” Turkel, who today was awarded the inaugural Notre Dame Prize for Religious Liberty, told CT. “This is a historic resolution where Baptists have come out to affirm solidarity in standing up against atrocities, no matter the ethnic and religious identity of the victims.”

Having worked in international religious freedom for two decades, I know that statements of concern that cross religious lines are unusual. And with restrictions on religion on the rise, more are needed.

Religious persecution impacts every community somewhere, with people daily confronting repression for what they believe. The Pew Research Center has reported how religious restrictions impact almost two-thirds of the global community. Christians of all stripes suffer from repression. But persecuted Christians are rarely alone—oppressors also target individuals of different faiths and no faith. And sometimes it is the others who suffer more, like the Uyghurs.

Christians should be at the forefront of human rights efforts, which is why the SBC resolution is so important. As our world continues to shrink and becomes more interconnected, the persecuted are our neighbors. Christians believe in all peoples’ inherent dignity, regardless of creed or nationality or beliefs. Fighting for our neighbors, including individuals different from ourselves overseas, is the most tangible testimony of God’s love we can show.

Freedom of conscience will not be fully enjoyed if it is only for favored communities. As someone who grew up in a Southern Baptist church, it was good to see Southern Baptists turn away from internecine fights to confront horrific persecution abroad. It hails back to the roots of Baptist life, focused on religious freedom for all and a sympathy for persecuted minorities.

While the SBC has many challenges, hopefully its strong statement will be an example to others of promoting religious freedom for all. If they and other faiths consistently speak up for the oppressed, regardless of race or creed, we may see a day where no one lives in fear of violence because of their beliefs.

Knox Thames served as the US State Department’s special advisor for religious minorities during both the Obama and Trump administrations. He is writing a book on 21st-century strategies to combat religious persecution. You can follow him on Twitter.

Speaking Out is Christianity Today’s guest opinion column and (unlike an editorial) does not necessarily represent the opinion of the publication.

Correction: An earlier version of this article misattributed a citation from Psalm 139:14 to Genesis 1:27.