Jump directly to the Content
Explore
true
Watch This Way

Introducing a series on what captivated us in 2014.
Alissa Wilkinson|December 29, 2014
Image: Sony Pictures Classics
Ben Affleck in 'Gone Girl'

The end of the year brings an avalanche of lists: best-of, worst-of, favorite, least favorite, most-tweeted-about, most-read, most-loved, least-hated, and more, and that's not counting that inevitable list of resolutions.

So let me add to the noise. For the next week or so, I'll be running a series of short posts about the ideas and questions pop culture creators and audiences found interesting during 2014.

(I'm coming up with these in a totally unscientific manner—which is to say that I just said, Self, what was pop culture interested in? and then wrote down what I replied.)

My answers—perhaps obviously—are heavily weighted toward the religious questions and explorations on which our TV shows and movies and a few books and even a podcast took us this year, from memory and knowledge to the nature of evil to the supernatural, the apocalyptic, and more.

The more I thought about it, the more I realized how deeply we've been looking for answers to religious questions in our stories, and how hard creators have worked to try to explore them thoroughly. 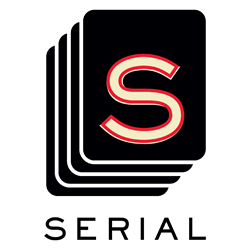 Maybe this isn't surprising, because every media outlet under the sun has run an article on how 2014 was the “year of the faith-based film” or the “year of the Bible movie.” That's not wrong, but at best it's a superficial observation.

I think it's worth diving deeper, into shows and movies that aren't self-evidently “faith-based,” to see what we were interested in as a culture. As we do that, we can see how those shaped and were shaped by our cultural conversations. So I’ll try to stay away from the more obvious choices. (I'll also miss a whole bunch of things and probably overlook your favorite, so please bear with me!)

2014 has been a big, loud, crazy, often sad year in the news, but it's also been a terrific year for critics and audiences who take movies and TV seriously, with lots of opportunities to reflect together about what we've seen. So let's do that this week—and next year, too.

Look for posts all week!

Part 1 - He Said, She Said: Memory and Justice

Part 2 - Evil is a True Thing: Where Does It Come From?

Get the best from CT editors, delivered straight to your inbox!
More Newsletters
Watch This Way
How we watch matters at least as much as what we watch. TV and movies are more than entertainment: they teach us how to live and how to love one another, for better or worse. And they both mirror and shape our culture.